Hi,my name is Alba .I am 11 years old.I live in Ceuta  in the north of Africa.I was born in Leon in the north of Spain.My father is a military man and my mother is a housewife.I have a sister her name is Lucia.I'm in the San Daniel shool.My favourite subjects are Math and English and I don't like Spanish languaje.I want to be a primary school teacher when I am older.My favourite hobbies are riding my bike and watching TV.On my holiday I went to on a cruise to Italy. 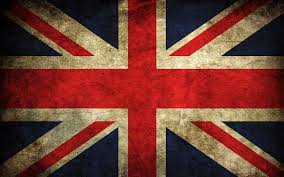 My name is Andrés. I´m 14 years. I live in Ceuta and I was born there too. I live with my parents and my sister María who is 10 year old. My father is a civil servant and my mother is a psychologist..I´m astudent at``San Daniel´s school´´. I think that my school is grat but some teachers don´t want to teach us .I´m going to start third of ESO in year 10 in September. I love whatching science fiction´s films also playing basketball in CB Ceuta ST Daniel and in Ceuta´s selection. I love basketball because it is away of life. When I grow up I want to be a microbiologist. I think I´m pessimistic but when I´m very happy I act differentty. I´ve got brown warry hair and brown eyes I think I think they are amber. I love to be free when I can do what I want and my mother isn´t telling me what to do

My name is Ana. I am 16 years old. I live in a flat in the centre of Madrid with my parents and my sister Elisa who is 11. My father works as an engineer and my mother is a vet. I've just finished the 11 year in the high school. It's called Isabel la Católica. There the famous researcher Ramón y Cajal worked. I've studied German for four years. I've done three exchanges to Germany with my class: one to Frankfurt, one to a village next to Frankfurt and the last one, in my opinion the best, to Berlin. I love reading and listening to music, going out with friends, running, traveling and drama. A few weeks ago I played with my group The Tempest, by William Shakespeare and Peter Pan, by James M. Barrie. It was awesome. I hope I'll enjoy my stay here and speak a lot of english.

Hi I´m Dani. I´m from Ceuta. It is opposite Giblaltar . I´m 14 years old. I´m 14 years old. I´m in 3rd of E.S.O (9th year) next year i will study 4rd of E.S.O (10 year). I want to go to the UNI because I want to study medicine when i finished this career i want to be an emergency surgeon. My hobbies are playing fotball and water-polo.
Water-polo is a sport which is very difficult because you have to combine swimming skills using a ball. You have to swim a lot. when the match finished you feel very tired but it worth it.
Playing football is another hobby which i like the reason beging is i feel free. I always feel happy when I play football. I love it. You kick the ball and when you score a goal you feel incredible
I´m a kind person who loves meet people.I have a brown short straight hair and brown eyes.
In my opinion I´m an amusing person. 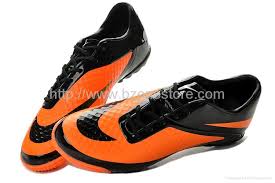 Last September, I wanted to do a new activity in the afternoon. I wanted something new in my life. So I asked for a place at the Music Academy to learn how to play the piano. But, unfortunatley there weren't any places. So my mother asked me if I wanted to go to a drama class at the drama Academy in my neighborhood. I went to the class to see how it was and I loved it. After this class I told my mother that I want to go to this Academy and she said ok. So this course has been my first year in the Academy and I am so happy becouse everyone is so nice and we get on very well. One of the teachers told us one time, that in this academy they train good actors and actresses, but even better people, and I think this is the best way to grow up.

Crocky Trail is a children's attraction park which is situated in the countryside of Chester. It was an old farm which has been converted into an outdoor adventure playground.
You can run, jump, slide down.. etc.
You can do exercise have fun by going on all the different rides. Everybody wants to go back again. Eventhough you get very dirty and the next day every parts of your body are hurt.
It's magical place for children.

I think that it was amazing but I hurt my body. We crossed a lot of bridges along the river doing a "zig zag". It was very tirying. Everybody was thirsty and when we finished we bought a drink. Then we did what we wanted, some lay on the grass and slept and others went on more attractions until 4 pm.
You can go with your friends or your family to spend a fun day and even have a picnic.
Natalia. 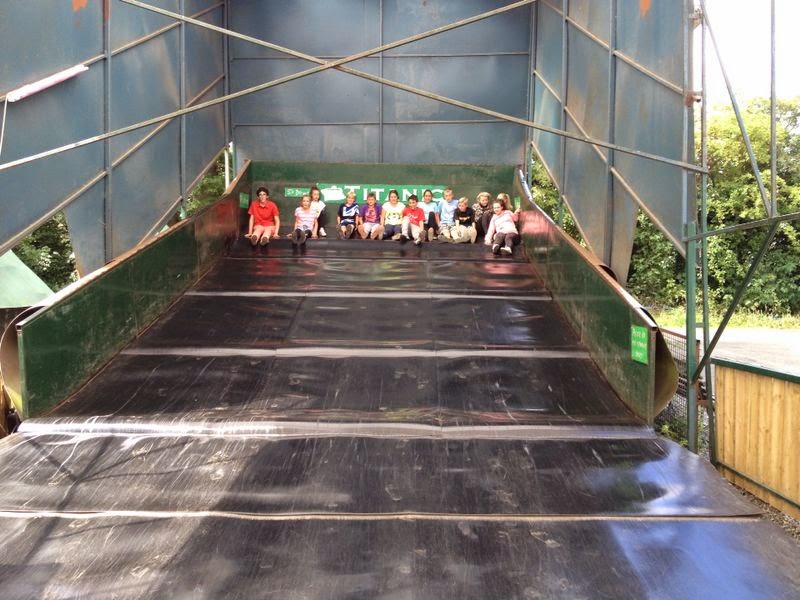 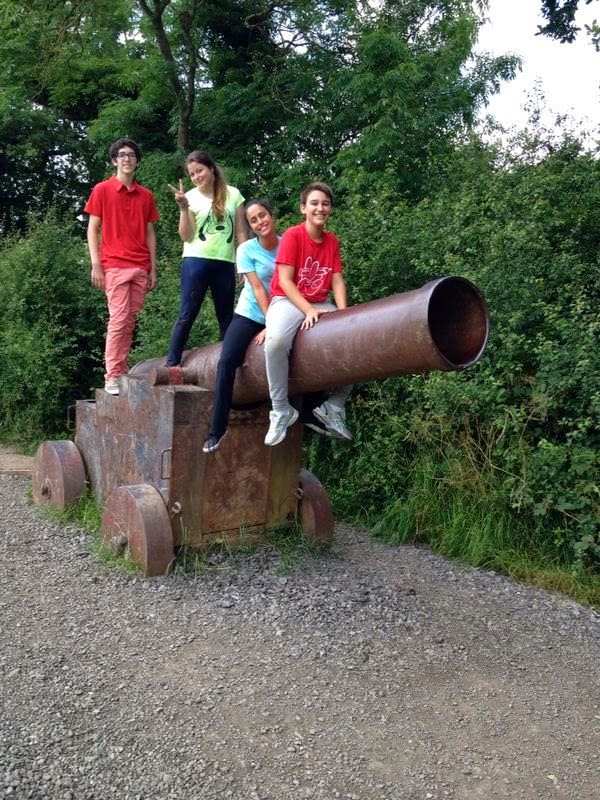 When Janet told us about Crocky Trail we didn't know where or what it was.
Then, we searched it on the Internet and we saw and attraction park for children when has many games, slides and there is mud everywhere.
We spent a very funny and dirty time there. Finally I think that It would be a good place to have aa good time with our cousins because they love attractions parks and getting dirty.
Mayte 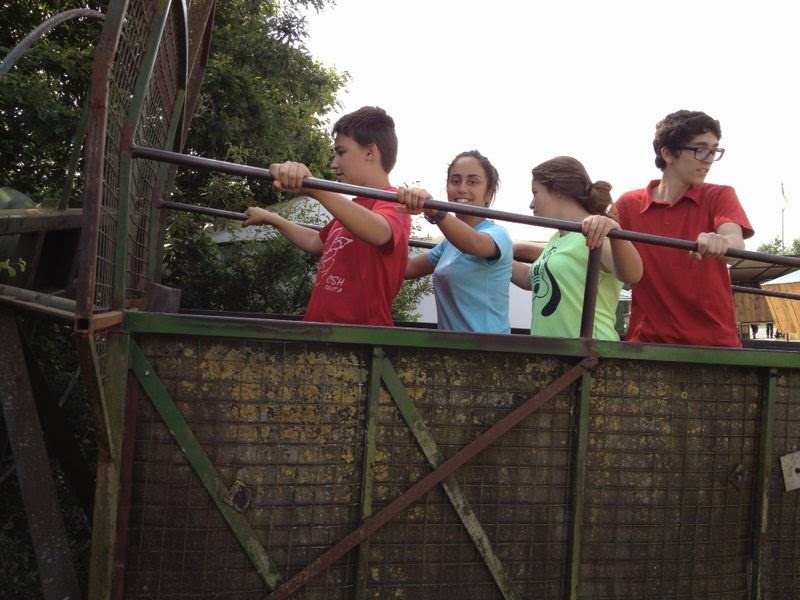 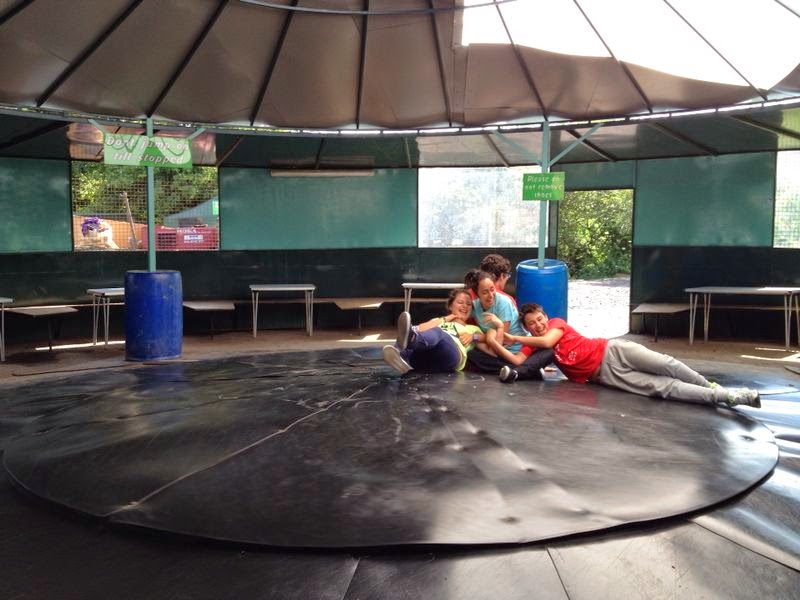 We caught the train at Runcorn's train station an 8 o'clock to London Euston. The hourney took two hours. Then, wa caught the underground to go to the different places there, like Buckingham Palace, Trafalgar Square, London Eye, Big Ben, Covent Garden, etc, ... I liked London. It's a very big city. There, you can find everything that you can imagine. The things are expensive because it is the capital city of England. Big Ben's outside was beautiful the design which was been used was fantastic. The bell's sound was very loud and the clock was enormus. It's the place thaat everybody wants to go and take a photo.
Pedro

We went to London by train to learn more about the museums and the monuments.
First, we saw the Changing of the Guards at 11:30. There were a lot of people.
We visited Buckingham Palace, Big Ben, London Eye, Trafalgar Square, The National History Museum, Leicester Square, Pccadilly Circus, etc. There a lot of important and famous places in London. But as you can imagine we didn't have any time to see everything but we tried to see the most important sights.
My favourite is Big Ben. It is the nickname for the Great Bell of the clock at the north end of the Palace of the Westminster in London. It is one of the most famous place where people go to take photos. It is one of the most important tourist attraction in London. Everyone want a photo with Tower. It looks enormous, old and very beautiful.
From my point of view, London is a very beautiful place.I spent one of the best days of my life here and I enjoyed taking photos a lot. Next time I hope to see more.
Mayte.

The journey by train to London was very boring. It took around two hours. We visited London because it is a place where many people would like to go.
We saw the Changing of the Guards at 11.30. Then we spent time at the Natural History Museum where we saw many mammals. After that we continued our sightseeing tour until we went on the London Eye. My favourite place was in the London Eye. If I went to London again y would like to do this again.
You can take fantastic photos of the view when you are aat the top. But as you can imagine we didn't have time to visit everything. 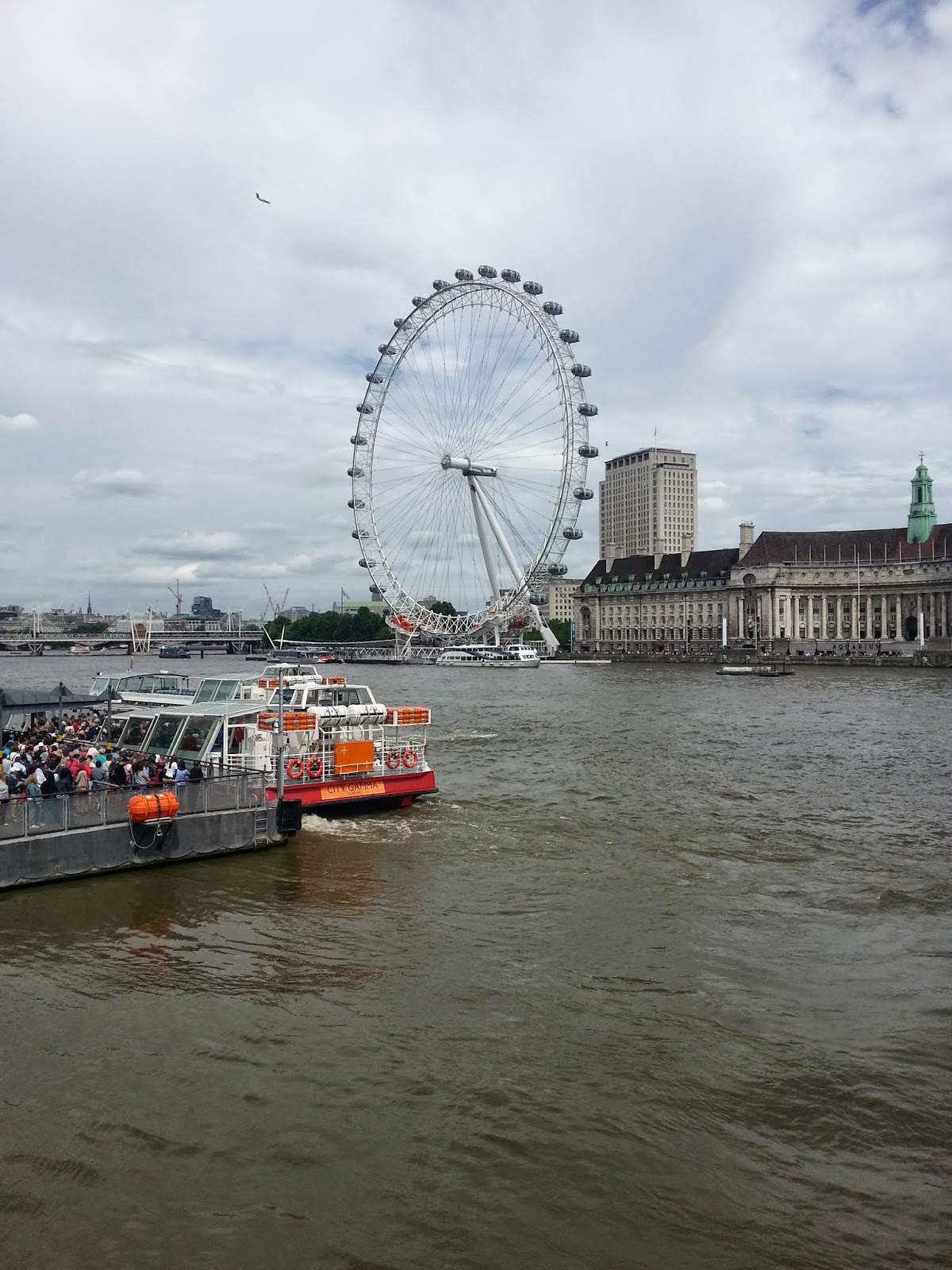