Robbery at the bank.

Yesterday, afternoon some robbers stole 500000$ from  the Madrid Box Bank at 3 o-clock in the evening. Only two people were injured but not seriously. At the end of the day, and after a long chase, the robbers were caught.
They were three people, two of them were aiming at  the people who were injured while the other one was taking the money. The two people injured were a pregnant woman and a banker. Luckily, a man could call the police. But when they arrived , the robbers ran away. After three hours, they were  caught  and they  were taken to prison

He was born in Malaga in 1881  on the 25th October .His father Jose was a painter who taught in a local school.Pablo became a famous artist  because of his modern aproach to painting .
At the age of eight he painted his painting Le Picador , a man riding a horse in a bull fight .His first major painting was the First Communion where you can see his parents and his younger sister.
The art dealer Pere Menach gave Picasso his first contract .he was paid 150 francs per month .
Picasso died on the 8th April 1973 at the age of 91 .
I like this person because it was my homework  to write about a famous person from the past . 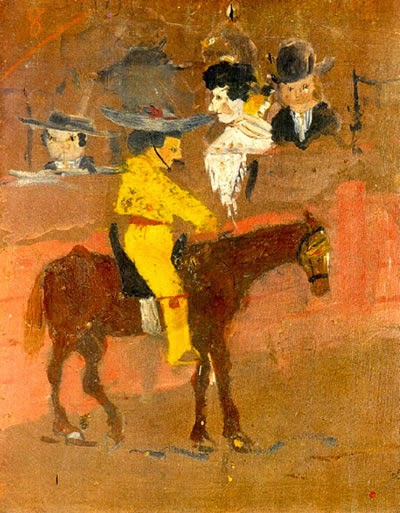