The Roman city of Chester

Today we have been to Chester, near Liverpool. We arrived at half past nine by car. The first place where we went was St. John's Church, which was so beautiful with ancient  architecture. We had to be so quiet because there were some people praying and listening to mass. Then we saw the ruins of the Roman baths and aphethetre. After that we went  up onto the  Roman wall, which goes all around the city. There was the Eastgate clock which  I found  quite pleasant  but we had to wait to take  a photo because a group of people stopped to chat  in front of the clock (weren't there more places to talk -.-). After that we kept on  walking until  we came to  Chester's Cathedral. We saw  the inside of the building but we haven't gone up  the tower. The Cathedral was really fascinating. I liked the ceiling because it was made with a lot of details. Inside the Cathedral there was a  school choir singing. After that we have bought a pie which all of us have found amazing. We have visited the rest of the city- I liked  the Victorian houses so much .
We went to a museum, then to a park and finally we back to the center. There we ate our packed lunch sitting on a bench  while listening to street buskers. Then we went shopping for a short time. Finally we came back home. I liked Chester very much  . It  is the perfect city: not too big, so cute, with monuments and shops. I think  that up to now it  is my favourite place in England.
Ana 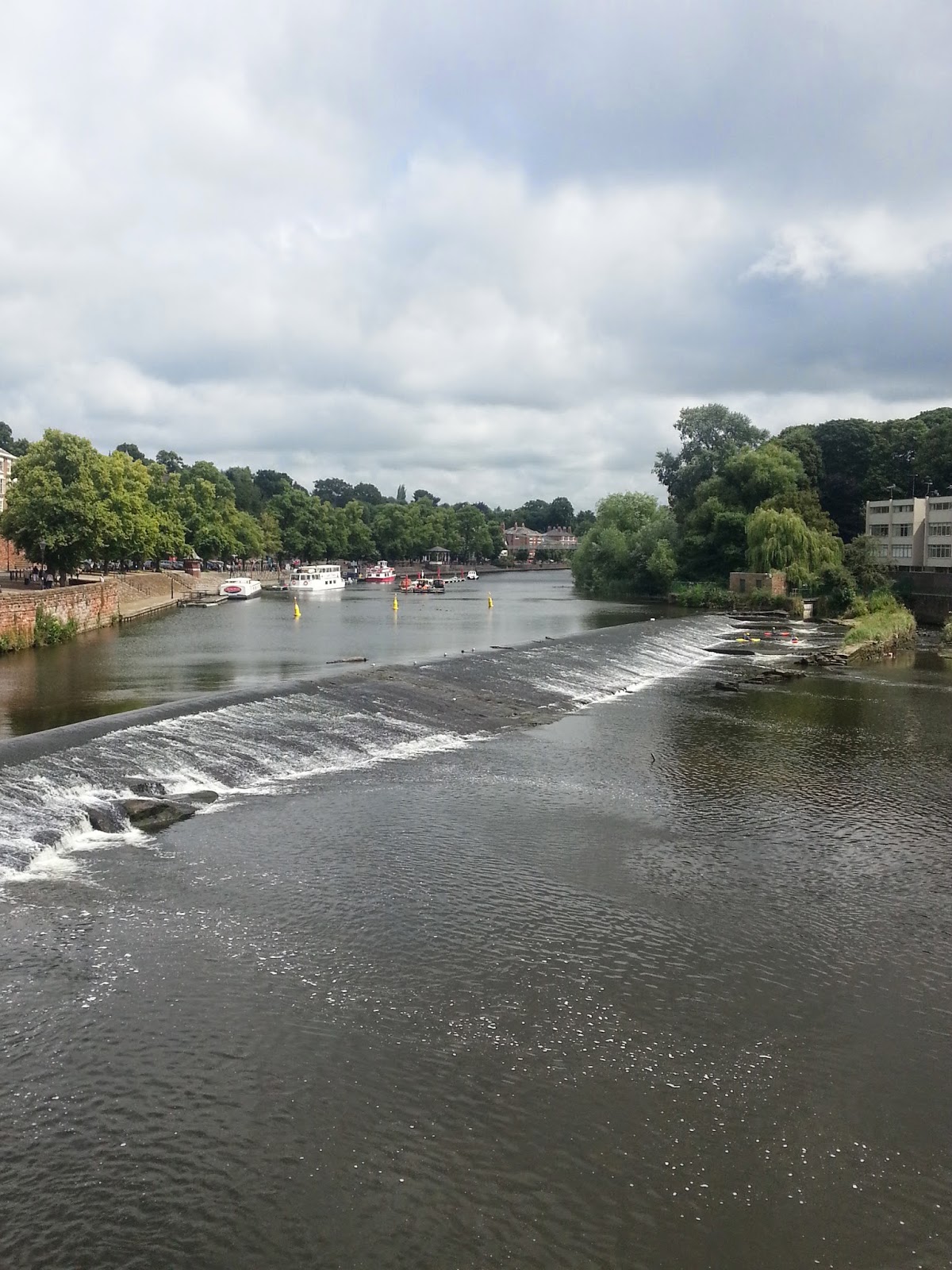 Today we went to Chester,it has a very beautiful ruins.We visit St. John's church which is a old cathedral,the amphitheatre,the Roman wall,Eastgate clock,the cathedral,the town hall,River Dee and the park. My favourite place was the Eastgate clock because it is reminder to the people of the fifty years of Queen Elizabeth´s reigns. I only like the Eastgather clock. Chester isn´t my favourite place.
Alba 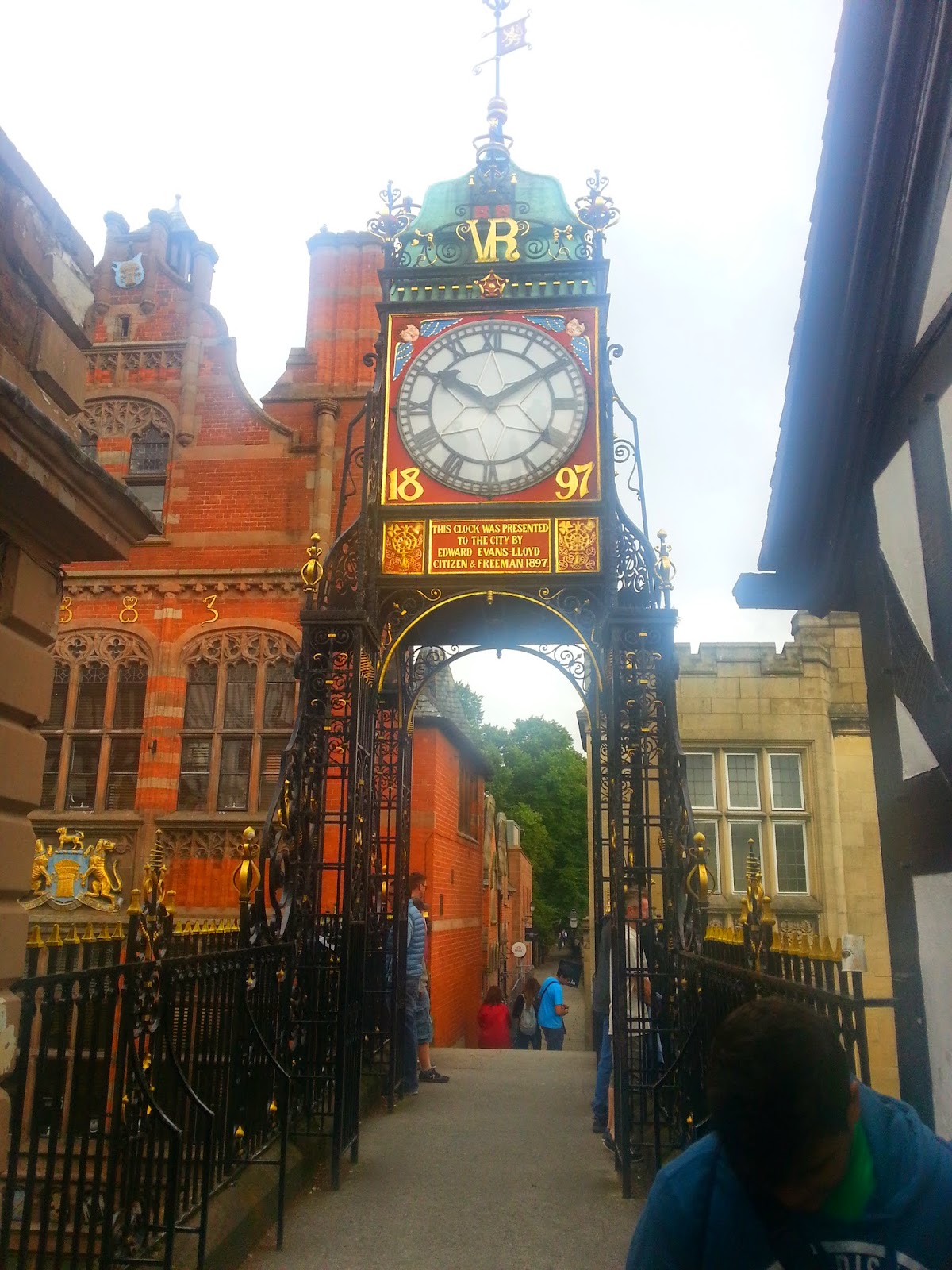 This morning we went to visit Chester for the first time. It is a very old Roman city.The city is surounded by a stone wall
First we went the first old Cathedral which is St John´s church. It has a very old choir,  we then walked to a ruin ampitheatre . After that we went up onto the stone wall, then we came Eastgate clock which is the symbol of Chester and is very popular to the tourist. .Then we went to the Cathedral which it has Gothic style. The Town Hall which has an old  clock  and the river Dee  which it´s a  very  long river and Finally we went to the park when we saw squirrels running about   the trees . The place which I liked the most was the amphitheatre because it´s very big and it was built by the Romans.
Andres 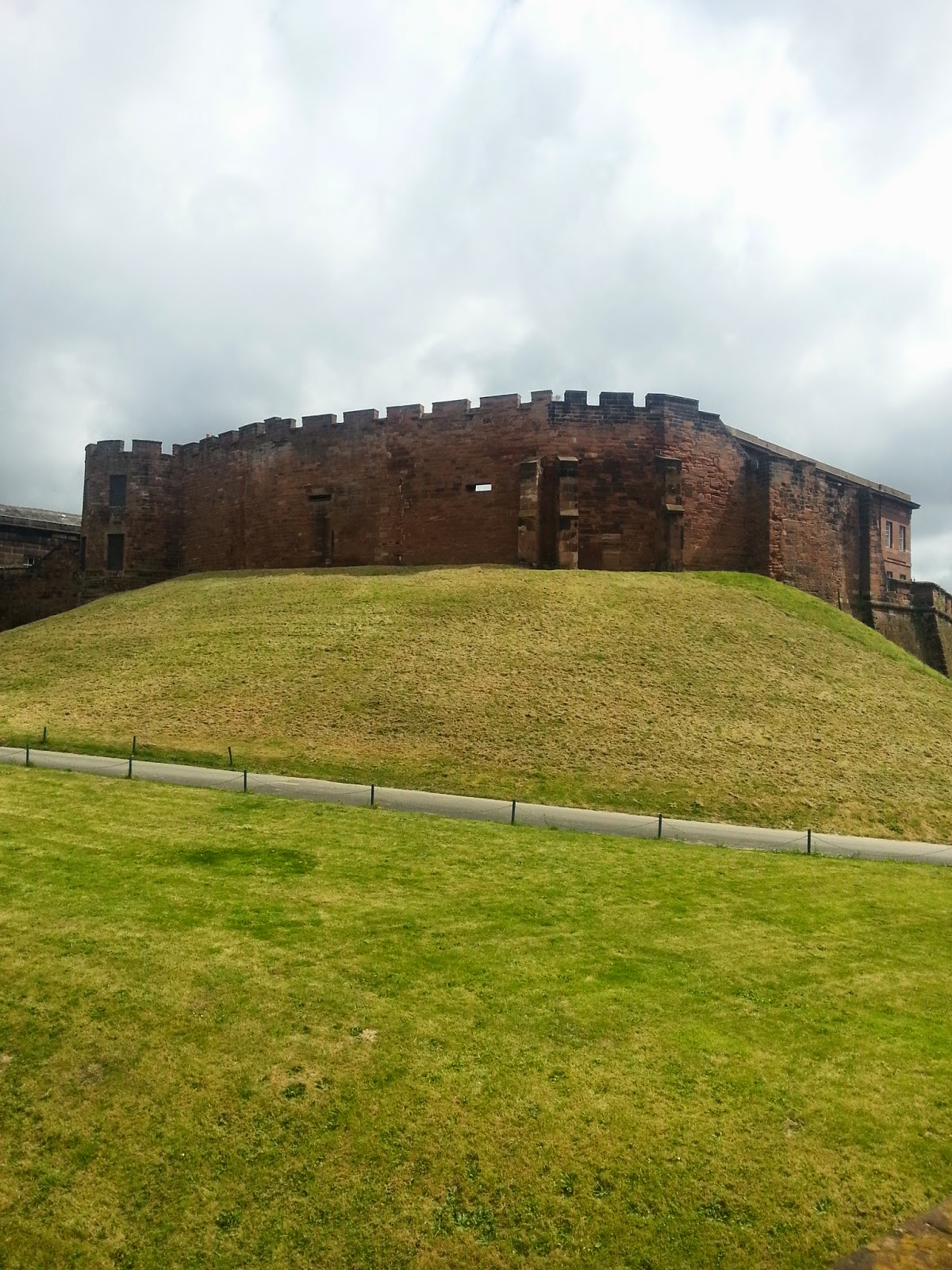 I went to Chester with my friends and Letitia by car. When we arrived in Chester my first thought was that it is a relaxing and quiet city. Chester is a Roman city with Victorian style houses which are painted black and white. A lot of tourists love this place.

The first place I visited was St.John’s church which was once the first cathedral in Chester. After this I saw the Roman Amphitheatre. There were only few ruins left from the original. We visited places like the Roman walls which goes all around Chester, the Eastgate clock which is to commemorates Elisabeth II reign, the  Town Hall  which has a big clock at the top , the Cathedral  which is  Church of England . The   last place I visited was the River Dee. It was the most beautiful place you can visit in Chester because there were people having lunch while watching the birds on the river and others were doing kayaking which makes it a great place to visit. People enjoy their visit because there are a lot of things to see and do around this old quaint Roman town. 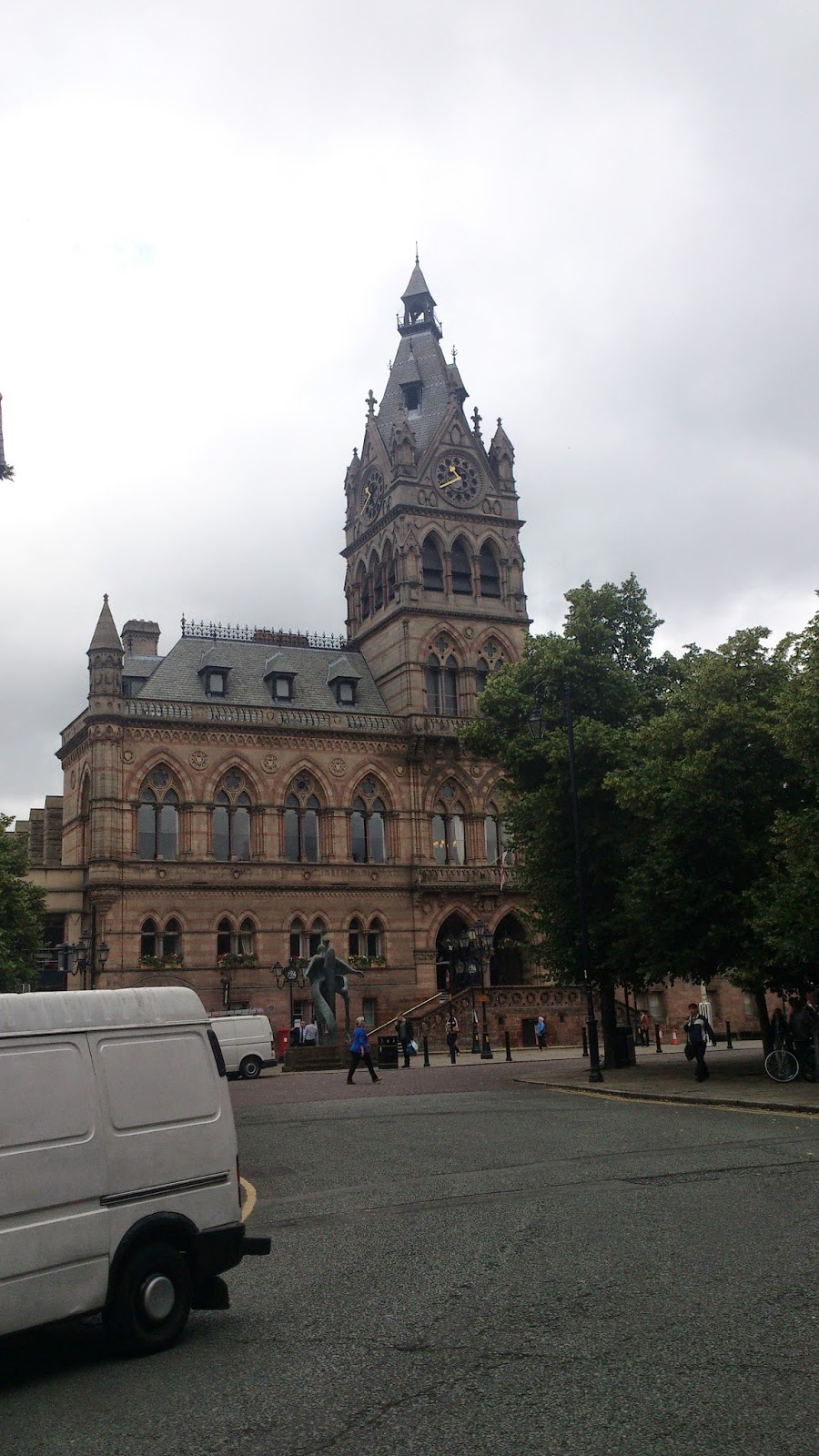