Food : Can I have some more please ?

British food has traditionally been based on beef, lamb, pork, chicken and fish which are generally served with potatoes and one other vegetable. The most common and typical food eaten in Britain include the sandwich, fish and chips, pies (pastry with a filling), trifle (jelly custard and cream) and roast dinners. Some of their main dishes have strange names like Bubble & Squeak (which is leftover food from the Sunday roast) and Toad-in-the-Hole.

-Breakfast: between 7:00 and 9:00
During the week the typical English breakfast consists of a bowl of cereal, a slice of toast, orange juice and a cup of coffee. In the winter many people will eat "porridge”which is oats cooked with milk.
At the weekend, the traditional English breakfast is fried eggs, bacon, sausages, fried bread, baked beans, black pudding and mushrooms. In my opinion is it a great way to start the weekend. 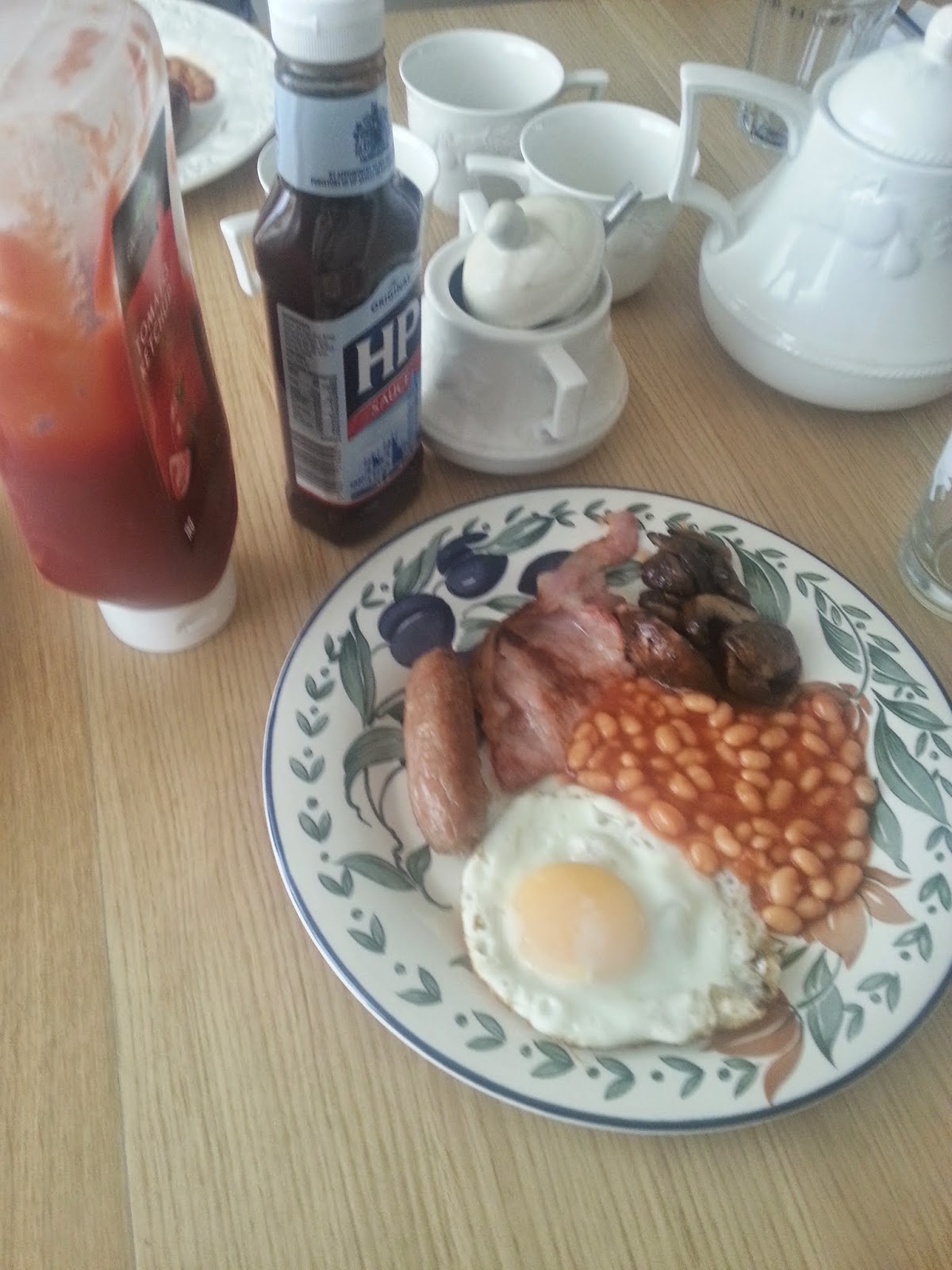 -Lunch: between 12:00 and 1:30 p.m.
Many children at school and adults at work will have a 'packed lunch'. This typically consists of a sandwich, a packet of crisps, a piece of fruit and a drink. The 'packed lunch' is kept in a plastic container.
Sandwiches are also known as a 'butty' or 'sarnie' in the north of England. Some children here put crisps inside their butty which I think is quite unusual. 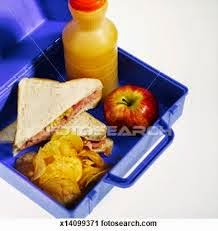 -Dinner: between 6:30 and 20:00.
It is the main meal of the day. The evening meal is usually called 'dinner' or 'supper'. The typical English dinner today is curry, pasta, pizza, chips or rice.
The Sunday Roast Dinner: is when the people usually have more time to cook and to sit down all together. Traditionally it consists of roast meat, (cooked in the oven for about two hours), two different kinds of vegetables and potatoes with a Yorkshire pudding. The most common pieces of meat are beef, lamb or pork; chicken is also popular. 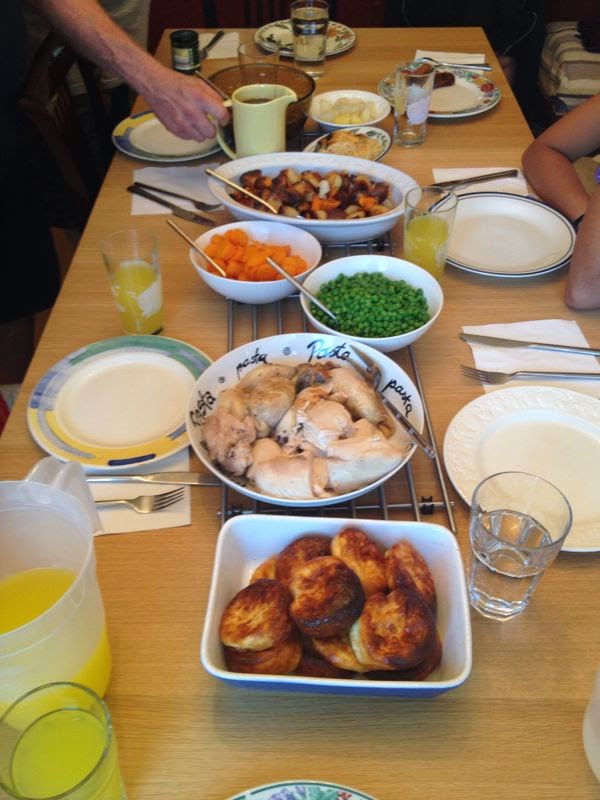 Some examples of British food: 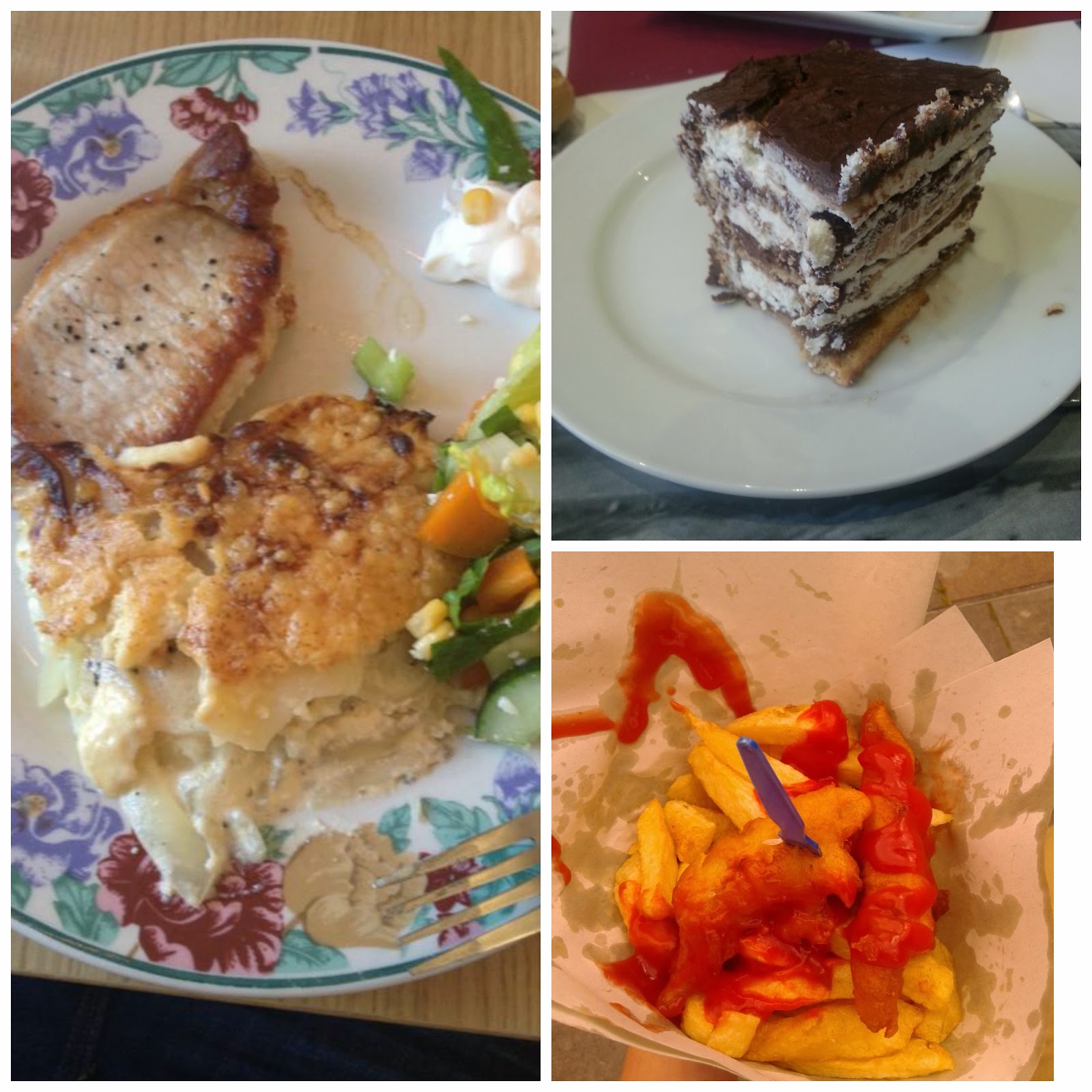 On the left is a pork chop, with dauphinoise potatoes. On the top there is a piece of tiramisu. On the bottom right there are some fish and chips with ketchup. 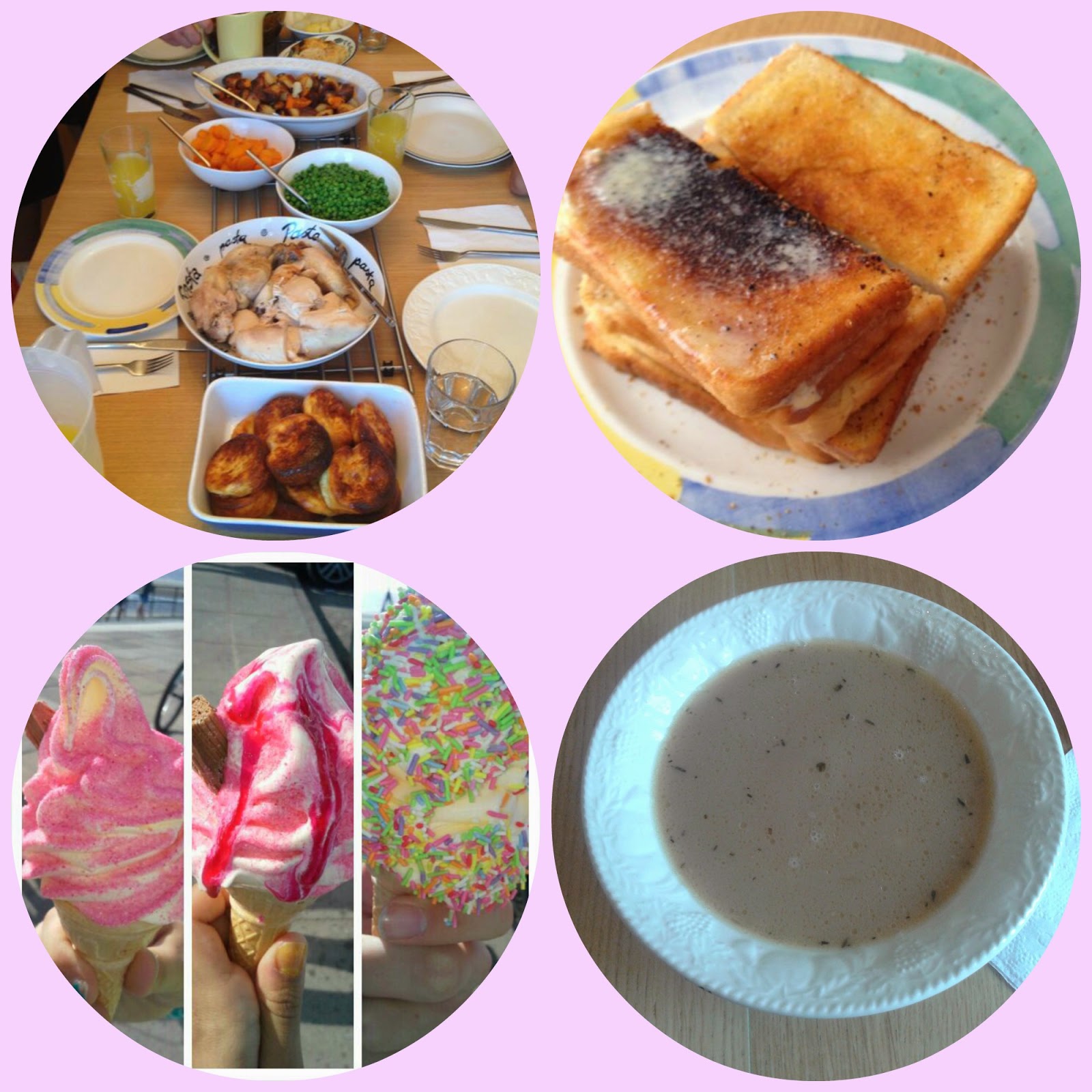 On the top left is a Sunday roast chicken dinner. On the right there 1is some toast. Underneather there is hamsoup. Nextto this you can see some typical ice-creams. 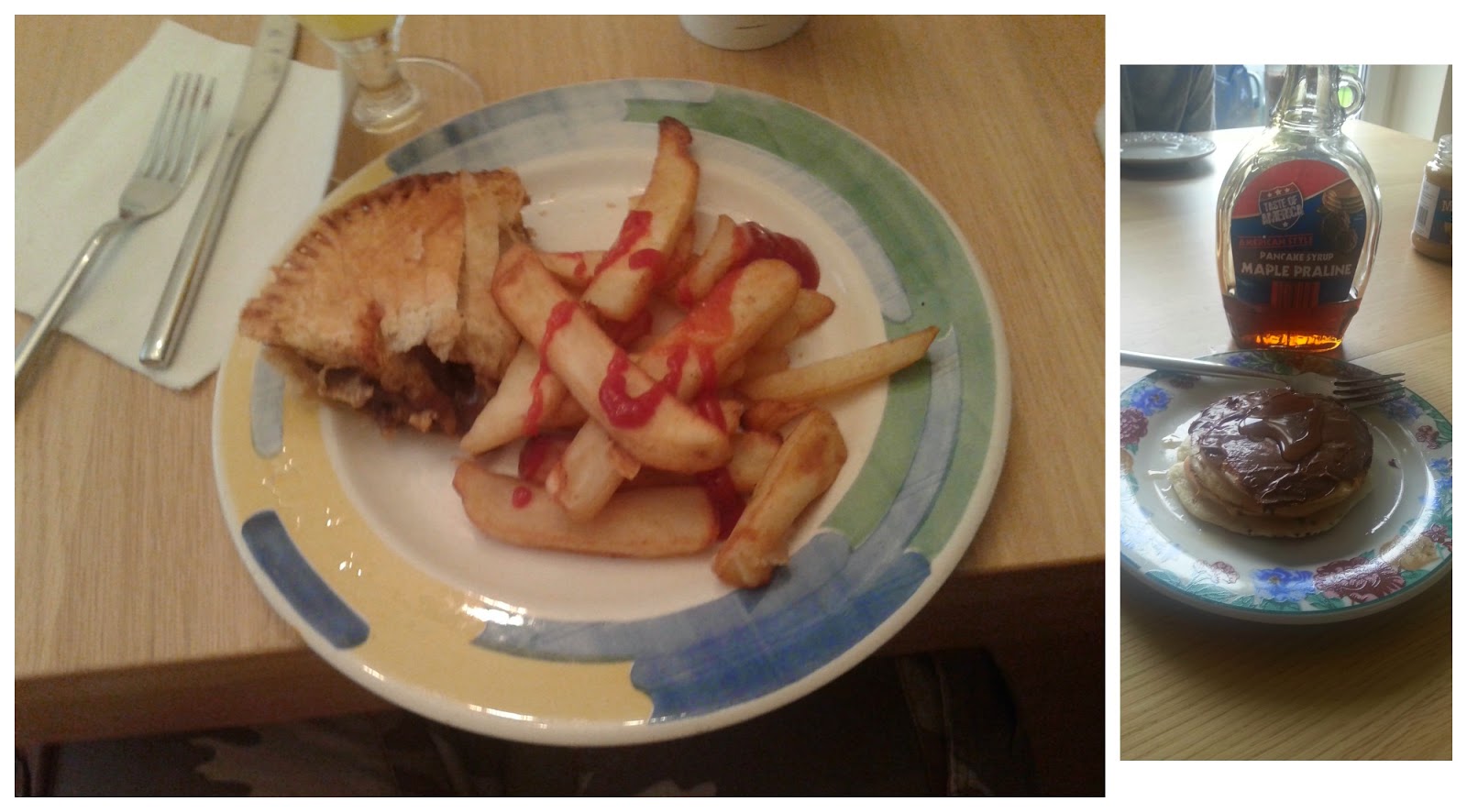 On the left is a meat pie and chips. On the right is a pancake with chocolate.

Here we have sweetcorn with fish pie, a bar of chocolate and chicken soup.