My first impression was very good because everything was so cool. I like the neighborhood because the houses are all similar and all of them have two floors and a garden. There are detached and semidetached houses.
The shops are better here than in Ceuta because here there are second hands shops where the money goes to charity, or ''one pound'' shops where there are curious things. Some are very expensive but other are very cheap!
Pedro 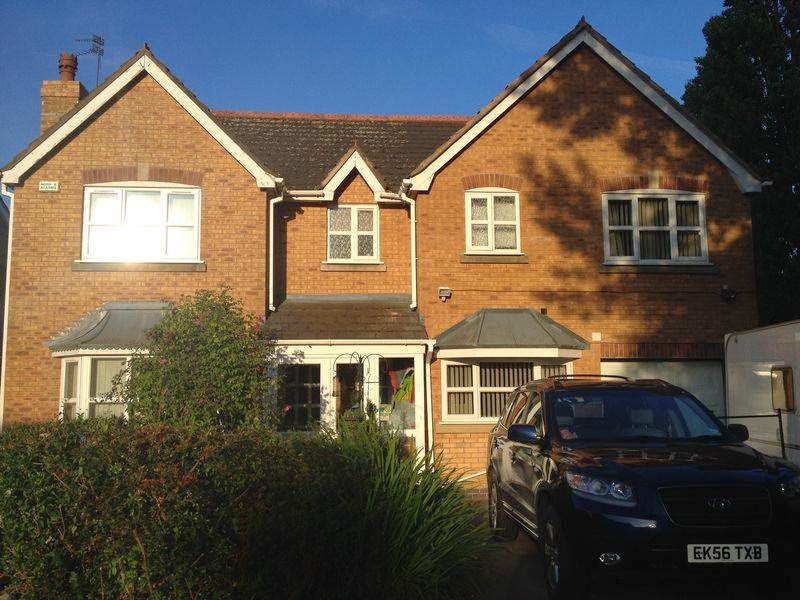 One of things that surprised me was the very cheap shops. In one shop you can buy everything for only 1 pound. You can find a lot of different things to buy like food, drinks, cups, plates, toys, etc. It's near Widnes Market which I really like.
There are a lot of charity shops where people give their clothes or books to help ill people or less fortunate people. I bought a bikini from a clothes shop but I wanted to buy everything because the clothes were more beautiful and cheaper than in the shops in Ceuta.
Another thing I really like here is that there are a lot of dogs. I love dog and looking after them. Especially, I like Husky, Labrador and Alsatian.
In my opinion, it's such a very good place to live and to buy a lot of things. It's so quiet and calm.
Mayte I like "the one pound shop" because everything there only cost one pound. The shops were cheaper than in Spain. There are a lot of different types of shops.
The neighbourhood is very clean and silent. To throw the rubbish on the floor is forbidden. English people separate the organic food from the non-organic food .Their rubbish bin are collected once a week.
It is full of pets, and the owners go for a walk with them everybody and they take them to a park which is near by. They pick up the dog poo. The park next to the house is huge and green. The owners let the dogs run about and play with other dogs.
Another thing I like are the houses. They are so beautiful. They aren't very big -they only have two floors- they have a big garden too.
I love the fireplace very much because I've always wanted one.
I think it's a good place to spend your holidays.
Natalia.

My  first impresion were the houses  because in Ceuta we haven't got this kind of houses .
We live in flats. I live on the 1st floor. In England the houses have an upstairs and a downstairs. They normally have a front garden with so many flower is nice to see.
Juanma

My first impresion when I arrive at Manchester´s airport was the low temperature because it was very cold and raining. When Jannet pick up us there was a traffic jam for half an hour on the way we saw landmarks of widnes like Flidders Ferry power station tower and Jubilee bridge. I saw many houses which looked more o less the same. In my opinion is that these houses are big. they all hacve front garden and back gardens. It´s a shame that a dont live in a house i think it would be better.
Dani