This is a permanent art feature  of 100 cast-iron life-sized figures .They are on  nearly 3 miles  of beach across Crosby  between Waterloo and Blundellsands.
The figures, each weighing an astonishing 650 kilos are of the artist, Anthony Gormley and are stood looking out to sea towards an horizon busy with shipping cargos.
Gormley states that the figures represent the flow of the tide to explore mans relationship with nature.
Crosby beach is a non-bathing beach with areas of soft sand and mud and a risk of changing tides. Visitors should stay within 50 metres of the promenade at all tides and not attempt to walk out to the furthest figures.

Crosby Beach is near the river Mersey. We got there by car. It took about 30 minutes to arrive. My first impression was the changing tides.There was a large garden where some kids were flying kites.I could see horses.
We walked to see the figures. There were some areas of soft sand and mud, our feet sunk into it. The figures were covered in barnacales and seaweed. They looked dirty.
In my opinion, Crosby Beach,  isn't a place to put art. It is a waste of money to make those figures. But It could be a tourist atraction.
Natalia. 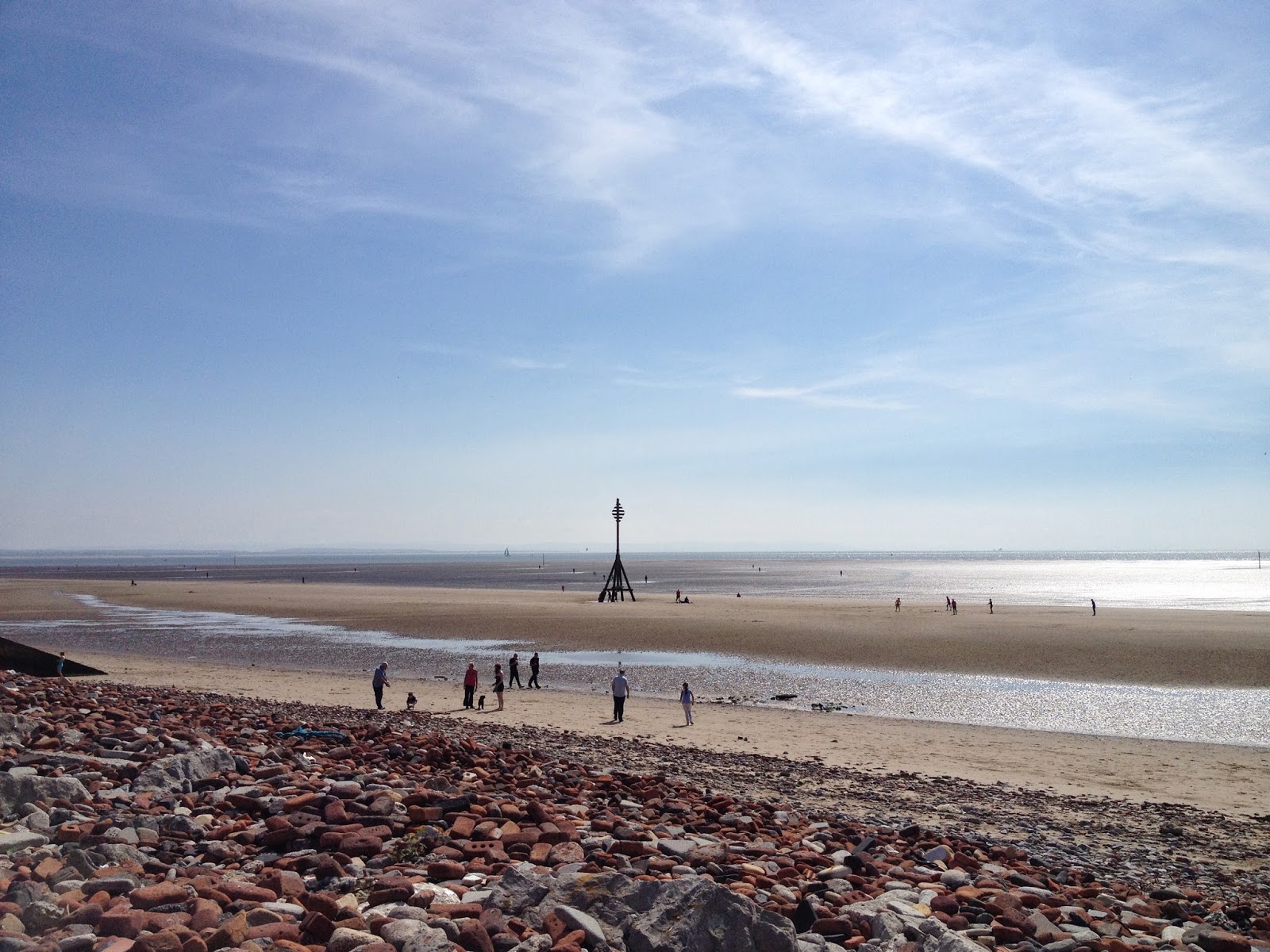 Crosby Beach is a really special beach. It is near the River Mersey. It's a tourist attraction because there are a lot of figures on the beach.
When you see  the beach from a distance the figures look like real people. But when you are walking on the beach you realise that they are figures made from cast iron. They look very dirty with a lot of mud and barnacles on them.
I was very surprised because the weather was very nice and there was a Kite's display.
I don't like mud but I enjoyed this experience a lot even when we were very dirty and covered in mud.
For my point of view, Crosby beach is a great place where people go to visit and to have a good time.
Mayte 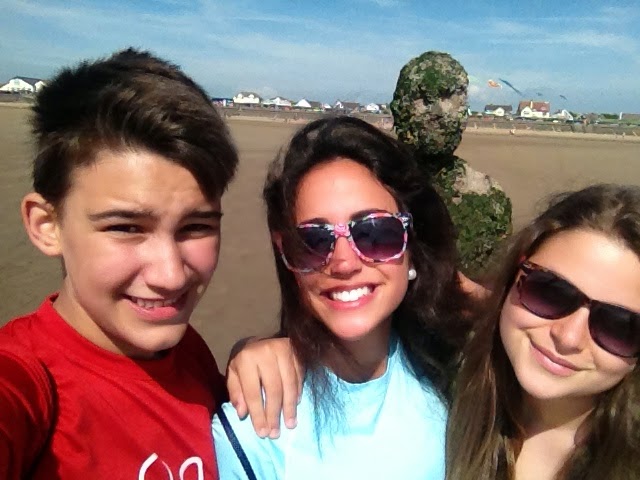 Crosby beach water  is far away . The tide comes and goes . It has a lot of figures which are made from cast iron.The beach has some mud so   you  have to be careful.

In my opinion, it is  a good beach to go to see the figures which are very beautiful.
Juanma 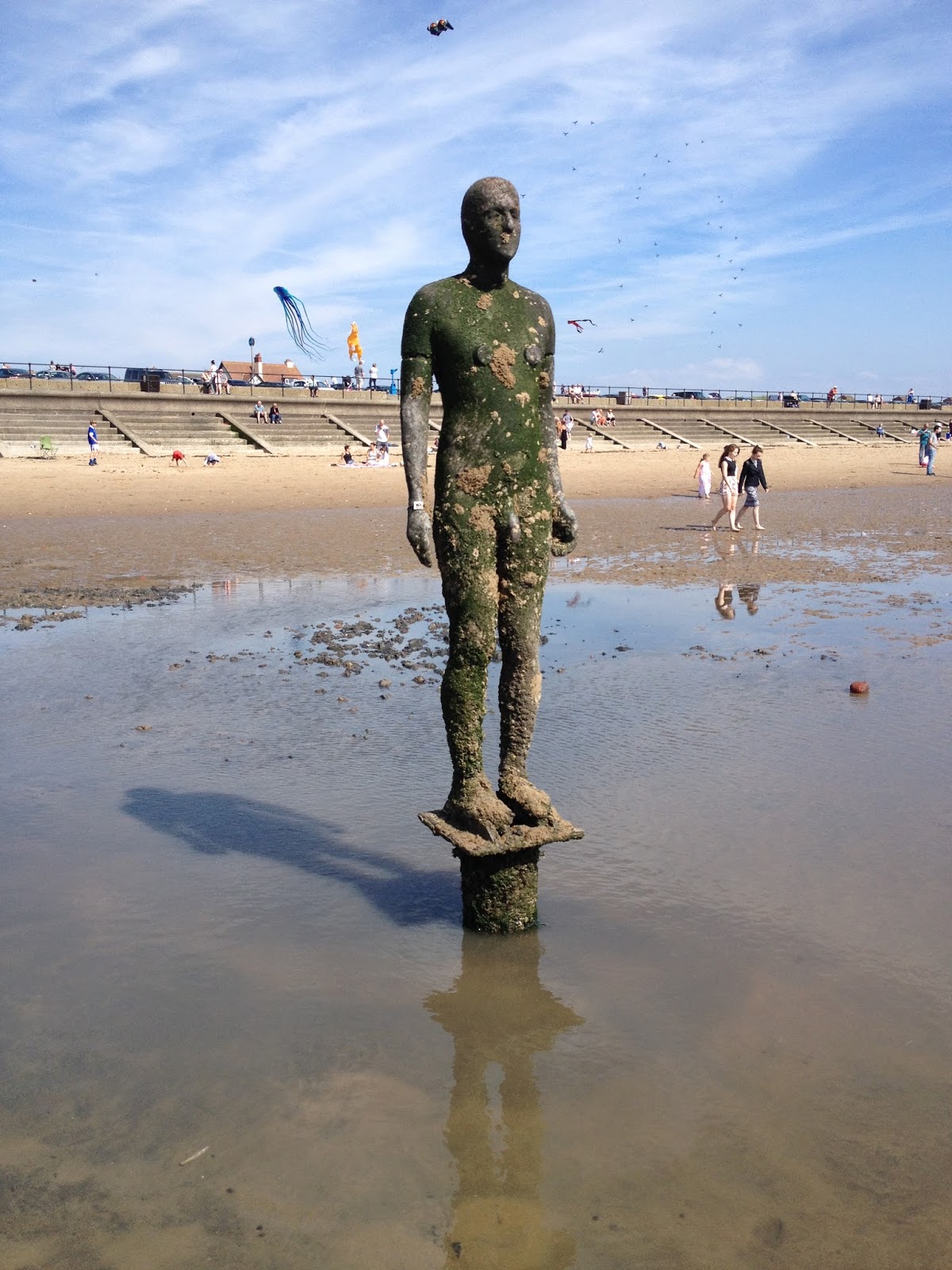 Crosby beach is a good place to visit and spend the day. There are a lot figures of men made from cast iron. All the figures, have an identification number. The first thing that you can see are a lot of men standung on the beach and the tide crashes against them to watch this is  scary. When you go to see them, they are covered on barnacles and green seaweed. Depending on the figure, they are in the sand and mud.
A funny thing happened. Our teacher stood onto some soft sand. She was unluky because she sunk upto her knees and couldn't move. We found it hilarious.
Pedro. 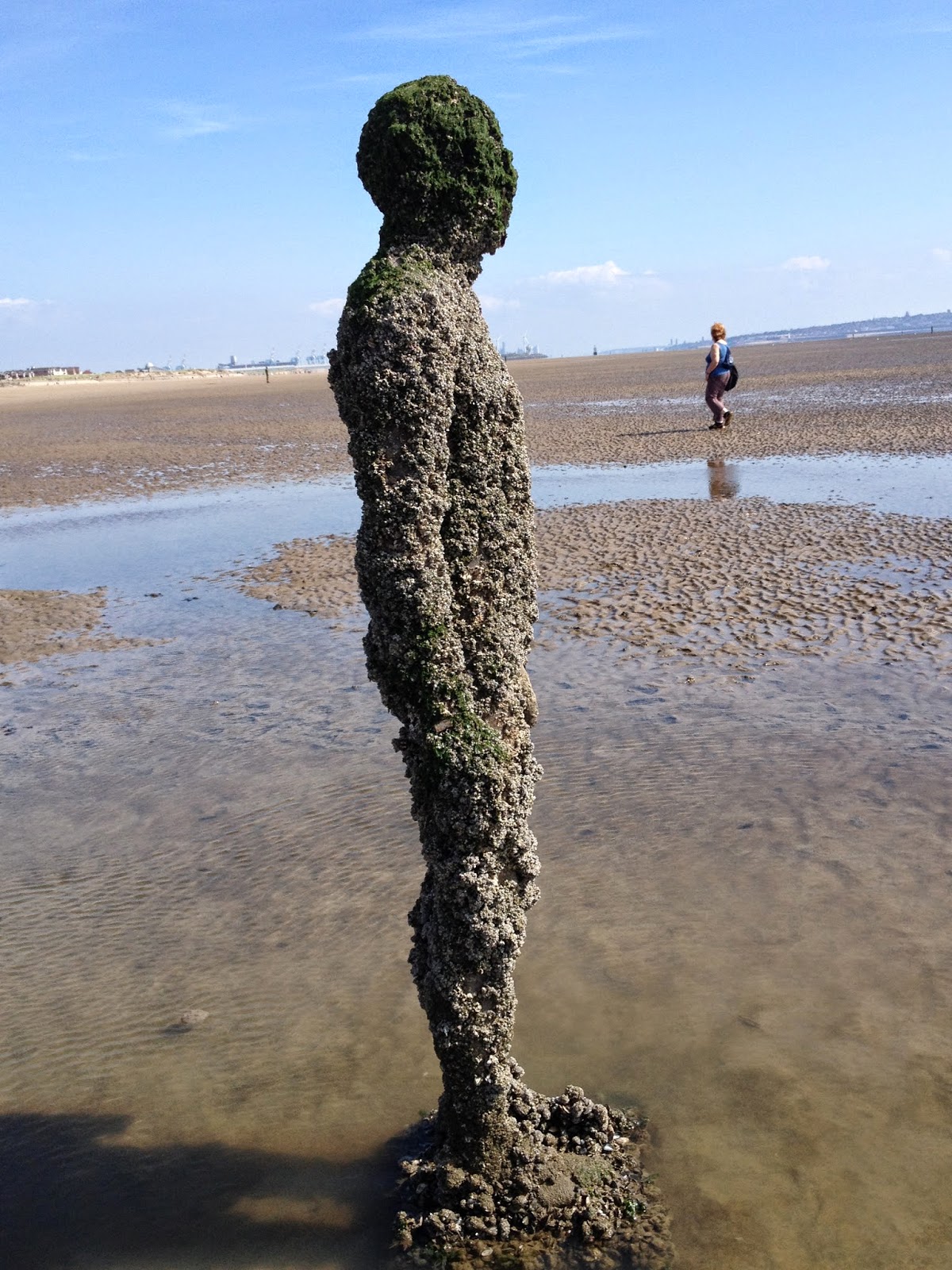