Lucy
We have all tried these little and colourful button-shaped sweets made with chocolate, peanut butter, almonds or many other flavours at least once. They are the M&M's. In London you can find the M&M's WORLD and it has 4 floors all about these sweet deliciousness. The only downside is that I´m not a millionaire to pay for all these expensive sweeties. Everything there is very expensive and maybe the cheapest thing you can find is 100g of M&M's for £2. Though it's expensive thousands of people visit this huge store every day. I have to say that I couldn't resist the temptation and I got some of the almond ones. They were celestial.

Lucia S
The other day we were in London and I enjoy the visit a lot. London is the capital city of the United Kingdom and it is the most populated city of the country.
Here  public transport is very important because of the amount of traffic on the road.We took a train at 8:00 in the morning and it took two hours! It was a long trip but , If we would have gone by car , we would have taken 4 hours. When we arrived in London , we took the underground commonly known as the tube The tube carriage was full of people so it was oppresive but I think that It was very useful to go between the tourist places in London. We also caught the bus but It was very slow because of the traffic. 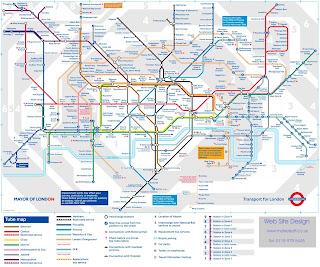 Borja,
Trafalgar square:
At Trafalgar Square we had our lunch. The three monuments were beautiful. My favourite was the man on the horse I think it was King George. This year is hotter than when I was here last year.We were very hot and sweaty.Unfortunaly we could not see all sights because they were preparing for an outdoor performance of Tosca by the Royal Opera Company. I think that Trafalgar square is a place that you must visit when you go to London. You may only spend 25 minutes but it's interesting. 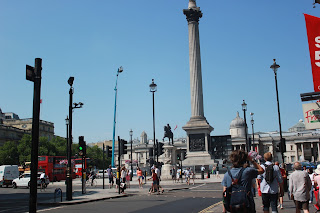 Lucia ,
It was created in 1965. When we went  to London  we visited Camden market.
Suddenly we saw that all the stall holders  were Filopinos . I think that they were from the same family.They weren't very friendly.
After that we walked around this market. The girls and  I put  two feathers in our hair  for  £9.

We were  told  : ‘This feather  will last between 2 and 6 months’
But it lasted only 1 day .
Finally , we carried  on walking  until  Manu and I bought strawberries .
It was a different experience, I liked it very much! 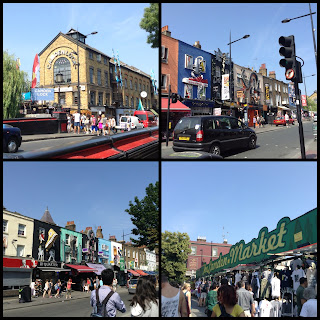 Manu
In the first photo you can see a  double decker bus . It  was the most confortable transport to go around London .  You can see all the monuments while sat down resting your aching feet .The only negative side is when there is a traffic jam .In the second photo there were a line of black cabs which are   typical taxi in London.In the third photo  was the West end which is  theatre land with the most famous theatres in London .The town  on a  Double decker bus was amazing . 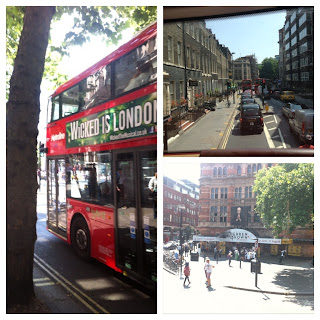