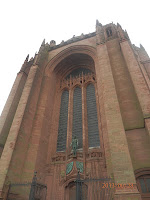 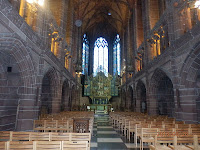 It's bells are the highest and heaviest chime in the world. There are two pipe organs in Liverpool Cathedral. The Grand Organ is the largest in the UK and is thought to be the largest operational church organ in the world with 10,268 pipes.
Publicado por Letty en 3:45