Housework is a thing that we all have to collaborate on. In my family, we all do it, but some of us more than others. I agree with the opinion that each person should help.

In my opinion parents should do more housework because they have more time. Students like my sister and I spend all morning in high school. When we get home we have lunch and then do homework. Which takes up all our time in the evening!

But at  the weekends I contribute more. However, my parents still do the housework better. I suppose it's because of experience and I want to finish quickly to relax and play with friends.

I consider that I have to learn to do those things properly, and new types of housework, like ironing or using the washing machine.

Teens have to ask their parents to teach them how to do chores the first time, but then, they will learn and do it on their own without annoying anyone. 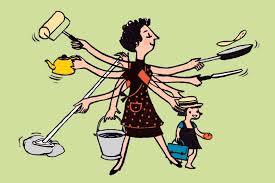 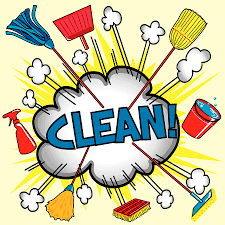 One day at the beach
During this summer holiday I was with my friend Ainhoa.

We went to the beach to spend the whole  day there because the neighbourhood’s swimming pool was closed and my mother told us to go.

We were lying in the sun to get a tan but we got sunburnt because we forgot to put  on cream. In the afthernoon, we were swimming when suddenly people started shouting ‘’ Run, run! There are jellyfish here!’’ We started to get out of the wáter when  my friend got bit by one of them.

It was the best day of my life but my friend really hates the beach now. I hope that we will go back again.

THIS HOLIDAY I WENT TO THE CANARIAS ISLAND.I WENT WITH MY FAMILY . I STAYED A WEEK .

THE FOURTH DAY I WENT TO THE OASIS PARK.IT  IS A ANIMAL PARK WHERE YOU CAN SEE A LOT OF TYPES OF ANIMALS.IT WAS A GOOD SENSATION .THE MOST DANGEOURS IS THE RHINO.THE FIFTH DAY AND MY LAST DAY  I CAME BACK TO MY BEAUTIFUL CITY WHICH MEANT THE END OF MY HOLIDAY. IT WAS A GREAT EXPERIENCE WHICH I WOULD LIKE TO REPEAT . 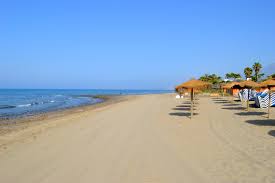 During my summer holidays, I went to Marbella where I stayed for a day.

That day, we went to the beach all day. I was very happy because all my family were there. We swam, played volleyball, etc.

For lunch, we had french omelette, with coke, but I didn’t like it so much, so I was hungry.

Finally, at night, we went back to Ceuta.

For me, that was the best day of my summer holidays because I met all my family and we had a great time. I would like to do it again next year.

The day before, I went with my family to the beach like it is traditional. We had lunch on the beach .Later in the afternoon we were swam and played in the sea.

At night we ate sandwiches for dinner all together. At 12 o´clock more or less they lit the fire and we sat around it  to watch the Fireworks and the fire. Some people were throwing paper and things onto the fire, other were burning their old notebooks .Other people  put  their feets in the sea because it is tradition. They say it brings good luck.

At  about 1 o´clock  we were tired therefore we went home.


This year for my summer holiday my familiy and I went to Benalmadena which is in the south of Spain. We stayed in a hotel near the beach.

We didn't go to the beach because in Ceuta where I live there are lots of beaches which means we can go whenever we want. So we prefered to go to the swimming pool which we normally dont do. It was called "The brother's swimming pool".

On arriving, firstly we saw a very long swimming pool which was crowded with people and children. There were lots of slides in it. Later we were so happy going down the slides. It was exciting. My sister was scared at first when she was going down,but then she loved it. In conclusion it was really amazing.

•SUMMER•
This summer I went to Estepona with my family by car. It took about two hours. We arrived there on 16th July in the morning.

My parents rented an apartment near the centre of the town. The apartment had a lovely view of the beach. So at night you could relax on the terrace.

Some days we went to Marbella to go to the shopping centre or to have lunch. Also we saw a motorbikes show. It was amazing. I took a photo of me with one of the drivers. We had a lot of fun.

My trip to England.

This summer I went to England with my English Academy.

We stayed in Widness [near Liverpool].

We did lots of things, but my favourite one was Chester, [a small Roman city near Widnes.

My favourite part of Chester was the first the ancient Cathedral of England.

The floor was made of tomb stones and there was a coffin in a pillar of the Cathedral.

The Cathedral was made of wood and redstone.

I found it interesting to learn about new cultures and their fantastic history.

My last holidays in Estepona

I´m going to talk about my last holiday. It was in Estepona. It was on 15th July. It was very hot. I went with my parents,my sister and my friend Carla.

Luckily she was ok so we sunbathed. But later when we went  homeshe felt bad so we took her  to the hospital.

There the nurse said she had broken her arm. The nurse told her  needed to rest because if she didn´t  she wouldn´t get better.

One month later she could do everything because she was better.

During my summer holiday my family, my parents friends with their children and i went to a river near to Sabinilla. We arrived there at lunch time.We went by car.

We had lunch  then later we went to the river. But there was a problem the cars had to park so very far away from the river so we had to walk a lot.

When we arrived at the source of the river we saw that the water was very dirty and it didn't smell very good. Then we realaized that we had gone the wrong way we had wasted our time.I think we learnt that it is better travel with google drive.

I'm going to talk about my holidays in the  Isla Magica. It was very short but it was an unforgettable holiday.

We caught the boat three days before we started back at school in September.

On the first day we spent the best part of the time travelling.

On the second day we went to Isla Magica. We got up at half-past eight. We arrived at the park at eleven o'clock. I went on a lot of rides but my favourite one was a roller coaster called "Jaguar".

At midnight in the park there were two shows. My favourite was the last one.It was about a pirate that was doing aerobatics .Also there were fireworks and displays.

On the third day we went back to Ceuta to prepare our things for our first day back at school.

Our holiday was great but short. I would like to go back again to do more things.

My family and I went to Sabinillas which is in the south of Spain, because I have a chalet there.

On 9th July was my brothers birthday. We made a chocolate cake, we put candles on it. We gave him his present and took photos. When my mother cut the cake we realize it was burnt and we couldn't eat it.

Finally we threw it in the rubbish, I enjoy this birthday but unfortunately we didn't eat the cake.

My summer was very good.I enjoyed it a lot,I went to a trip with my class.We went to Andalusia
First I went on the boat  for 1 hour to Algeciras.When we were in Algeciras,we went by bus to Cadiz,It was very boring.

When we arrived in Cadiz,we went to the hotel to sleep,because it was 10 pm. The next day,we did a lot of activities with the highschool of Soria.It was very funny and very good to meet them.We went to Sevilla too.We saw the Cathedral which was very beautiful.

We went to an equestrian.there were very beautiful horses,but we didn’t ride them.The food was delicious at  the hotels  which were very good.The guides  were very amuzing,I miss them a lot.The trip in general was very good and very educational,I learnt a lot of things

I went to the making of Harry Potter, in London, on 9th September. It was a four hours tour all around the studio. To get there, it took us one  and an half hours by bus, which I really enjoyed because I´ve never been on a double decker bus.

It was a very sunny day, but a bit cold. We all wore jackets. On arriving inside, there were a lot of people. They were, of course, Harry Potter´s fans: they all had wands, glasses… I took lots of photos. One of my favourite ones is with my friend and I outside the studio. There were many things appearing on the films. I went to a big shop where there were amazing things. I bought playing cards with the characters from the stories on them.

It was one of my favourite days during the summer, because I had really wanted to go there for many years since I started to watch the films and read the books.

My last holiday was in Paris, at the ``Blue Boat Hotel ´´. This hotel is one of the biggest hotels in Europe. It’s characterized for it’s colourful rooms and it’s delicious food.

During our first day in Paris we got lost several times, but not as many as we got at the hotel. At the entrance we saw a big white door decorated with shinning stones around the knob. The employers were very kind and helpful they also talk so many languages and they wore a sailor’s uniform with white shoes but some of them wore high heels. The room were really big . They looked like a boat because of the shapes of the beds and the colours of the walls also you can enjoy very beautiful views.

Finally , I have to say that it was an amazing experience which I  enjoyed  a lot. I would like to repeat it.

The most beautiful city I have ever been to

it was last summer when I went with my family by the car to Toledo. I travelled from Algeciras. It took like about 8hrs to get there. I stayed in a hotel. And at night I went to the city center. In the middle of it there was a huge castle! It was amazing. There were many lights.

The following day in the morning I took a sightseeing train to go around the city. So I turned on my mobile phone to take photos. The train went down the city (which is on a mountain). Then we went across a bridge and then we went to another mountain next to the ona where the city is built on. After that we went back to the city.

The following day I went to Madrid where we stayed for a few days. I really liked travelling to Toledo just because of the views. I recomend that you go there if you have the chance.