Down in the cellar (story )

It was Sunday morning and it was raining outside. We were very bored and we didn't know what to do. So we went to the cellar There we started to move all the boxes to see if we could find something interesting when we suddenly saw a strange box. The box was very old. I tried to open it when the door closed behind  us quickly and the windows opened. We couldn't open the door because it was locked so we started shouting but nobody heard us. Suddenly we heard a voice coming from the back  of the cellar back which said. " Don't try to escape from here  useless." We were so scared we knocked the door down. We went up stairs to call our friends to come and...TO BE CONTINUED 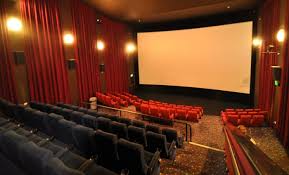 
Ana Ruiz,
I went to Cadiz with my brother and relatives because in my village there isn't a beach so we decided  go to a  beach  there. We had to take a bus because nobody had a driving licence .There before going to the beach we went shopping for two hours it was horrible walking through the empty streets because it was very early. When we finished  we went to the beach. I played  with my brothers and my uncles with water balloons all day.  We spend most of the time  in the water because unlike Ceuta the water was fantastic but the sand was very sticky and I hate that. My aunt is a fantastic cook and we had a delicious lunch and the  w left overs we ate for tea. At eight o'clock more or less we took the bus back to my village we sang and made jokes. When I arrived home I was very tired and red faced  from the sun but I was very happy because I had  had a nice and fun day with my family which is important because all my family live far away and I only see them now and again.

Natalia,
This month of July my parents and I went to Rome. It was fantastic and very beautiful. There were lots of monuments, cathedrals and streets. I like the Vatican's Cathedral the most. This Cathedral is in the Vatican's State, so it doesn't belong to Italy, but we don't have to use our passport because it's a very small country. The first thing I saw was the Vatican's Square. It was a huge square where people are when the Pope  comes to the Balcony, to see him. We went with a guide. He was very nice. He explained a lot of things about the history of the Vatican's Basilic and the monuments there. Inside it was very big. There were long corridors, where there were lots of paintings and sculptures. Later we went to the main church. It was spectacular. There were paintings everywhere, even  on the ceiling. Then we went to a room where there were the Pope's tombs  from through out   history . Finally we went to the souvenir shop. I bought a stamp for my grandmother and a rosary for me. I liked the trip. I had so much fun.

Paula
This summer I went every day to the beach except for  one day.On one of these days  there was a very big surprise. It was a family friend's  birthday, but we didn't have any presents or a big cake. So  her niece bought a little chocolate cake. She was in the sea when she saw a person who she had known for a long time. She started to talk to her and didn't stop. We waited for a long time and the cake started to melt. It was only a piece of chocolate! We told her to come, and that she had a call on her phone . When she was very close to her  towel we started to sing "Happy birthday". We only ate a little piece of cake but we had enough for everyone. My conclusion: I liked that day so much because it was very funny and we stayed on the beach all day.

Lucia
The first time we went to Chester last summer we had lunch there. We had a nice day because it
wasn´t raining,although it was cloudy, but what can we expect from the English weather?We had sandwiches for lunch sitting on the grass,just in front of the river Dee . I loved being there because  the houses you can see from the meadow I would love to live there but it would  be very expensive.
We had to put our cagoules  under our bottoms so as  not to get dirty, because there were a lot of cow pats all over the meadow. I guess it was due the big cows that were just close to us.
While we were there, a man come with his dog, that actually looked a bit dangerous so Letty was afraid if it. When we finished, we called Janet and she came to pick us.I loved Chester, although it wasn't the first time I want to go back  there. I can say I have  fallen  in love with it.

Marta,
This summer I went to Lanzarote, an island in the Canarian. I went in June with my basketball team. My parents went too but they stayed  in an hotel not far away. We stayed  for nine days. But we took one day off  to go and another island  and  come back. We went because we won the Ceuta's female league. There we didn't win any matches because the others girls were very tall and they played very well.
In our hotel we had a good time. There were 7 pools, a lake and a jacuzzi. The hotel was very big so we had a lot of space to  enjoy ourselves. That's the second time I have been to Lanzarote. I didn't see anything new. I had a good week with my basketball team mates  but now I am not going to continue playing basketball.
I enjoy  this trip a lot  and I would like to repeat that good experience with all my friends.

Laura,
I'm going to talk about my last, incredible and amazing birthdays's party last summer. It was on  the 6th of July. It was very hot and I decided to celebrate my birthday at the swimming pool in the afternoon . Then , I decided to go to a party at night. First, I invited about eleven friends to go to the swimming pool. It was incredible. We swam, we ate cake and we sang many songs like in a karaoke. Then at 10 o'clock, we changed and wore smart  evening clothes.
Then we went to a party with more friends we danced all night and it was great fun because my friends and I didn't know how  to dance.

Paula,
This summer I decided after a long time to paint my baby room. My room was down the beig and another pasrt was purple and in the middle it had rabbit wallpaper because it looked like a baby's room. I bought a dark pink colour. The next day my father and I begun to paint the room. After we had painted the room and put the furniture back to the room was very good. I love much my room a lot better and I think I won't paint
my room again write on board. Saray,
I'm going to talk about my friend Barbara's birthday and the things we did. She didn't know we were going to celebrate her birthday so it was a surprise. We told her we were going to play volleyball on the beach but really we were there with hawain flowers and things like that waiting for her with a lot of food, drinks,games... She couldn't believe that all her friends were on the beach and we dressed her with flowers and a hawaian skirt. Jessy had cooked a chocolate cake for her, it was so good!
We played some games, first we played Ludo and some card games. As we were bored and I decide to take some card and for each number, this person had to something. It was fantastic! To finish the party we left our things at a friends house and we went to the "Poblado". At the disco we saw more friends so we continued having a very good time. I will never forget this night...I want to repeat it!

María,
I want to tell you about something that happened to me  and now I know what it  feels like when  you see a tornado. I was in Washington with my parents and my cousin. We were there because we went on a tour that showed you around Washington. During the tour the weather was very good it was a very hot day. But when the tour finished and we were on the bus, it started to rain and a strong wind began to move the bus. We were very frightened because the wind shook the bus a lot. On the way back   to New York a bike crashed into our bus and the man who was ridding the bike fell off. The road was inundated with trees which had fallen  so we had to take another route to go back .We arrived at 11 p.m. In conclusion  we had a good day but we were frightened when we knew that we were in a tornado.